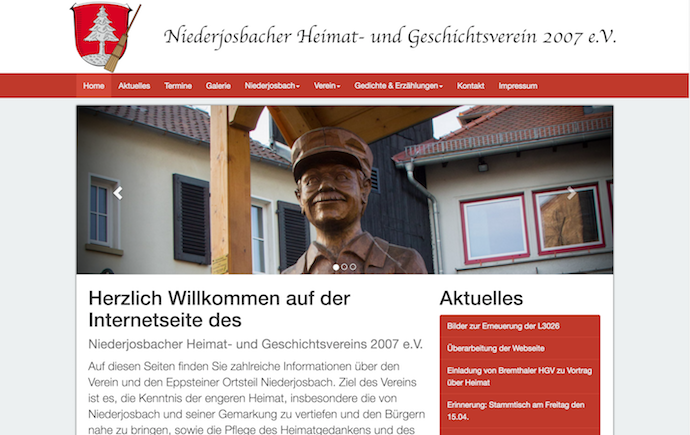 This website has been done for a local history club I am also a member of. It has a rather long history and had switched it’s foundation quite often. Starting with Joomla, over to Typolight (now known as Contao), to Wordpress, Typo3 (because the company I work for is a Typo3 expert) and now to Hugo. I’ve chosen Hugo (which is a static site generator) in the at the end because the performance of Typo3 was really bad on the server and also a CMS in general was not needed since the content doesn’t change that often and we only have one guy maintaining the site. In a couple of weeks I completely ported the Typo3 version over to Hugo. Also the gallery was fairly easy to implement. With this relaunch I also decided to open source the whole website on Github and TravisCI to check and deploy assets. I’ve also written a small tool which handles the deployment (generate the content) on the target server called hookdeploy. All it does is executing a script on the filesystem when you call it with a valid API key. Maintaining the site - like adding content (in Markdown) - became a piece of cake. Since the site is only generated during deployment and once a day (to get events listings right) the performance gain is massive because the server now only has to serve static pre-generated HTML files. 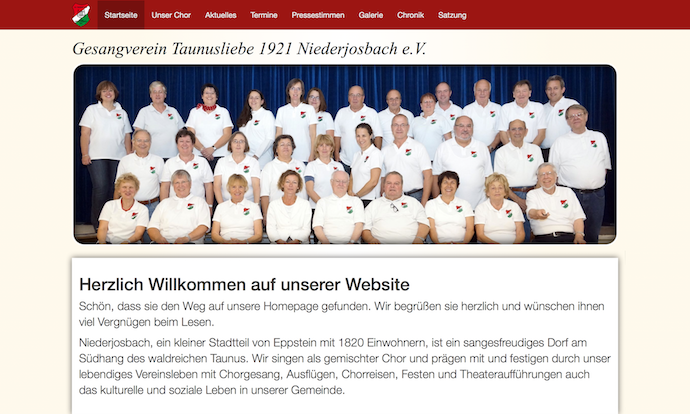 Another project for a local club. (singer club) Done with Bootstrap 3 and Contao 3. Before real development started I was long thinking about which CMS would fit best here. At the end Contao 3 was the system of choice since it was easy enough to use for the people maintaining the content. It has a very great gallery support, compared to some years ago, which is also quite important for this club. I also tried to optimize as much as possible for mobile devices. The fonts are generally a bit bigger than usual because the target audience mostly is of an older generation. It was also planned to include member areas where only internal information could be spread but for the initial version this was skipped because it was not needed for version 1. The main goal was to have at least a useful website live since this club has not had a website before. 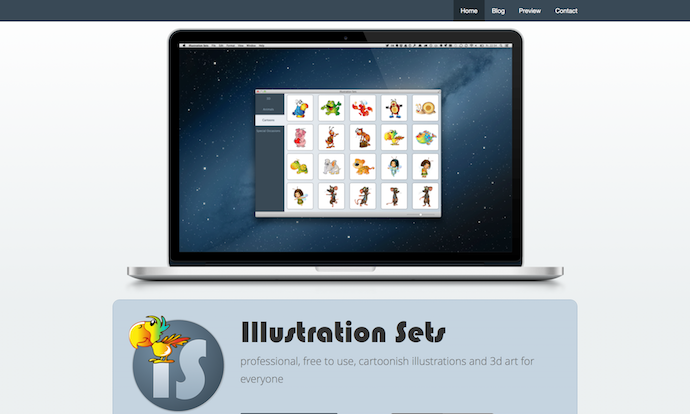 This project consists of a Mac app and the according website. In 2013 my father and I had the idea to try a different solution for selling his illustrations. The outcome of this was this Mac app which includes different categories of his selected work. The website was done with Contao 3 and the Foundation 5 framework. As I needed this website quickly and I already had plenty of experience in using Contao the choice was clear. Foundation was chosen because I wanted to know how it compares to Bootstrap and I have to say that I haven’t lost productivity during development. Over time there were only minor changes done to the website. The biggest one was upgrading Foundation from version 4 to 5. The website and app were discontinued in 2017 because we weren’t able anymore to invest enough time in this project. 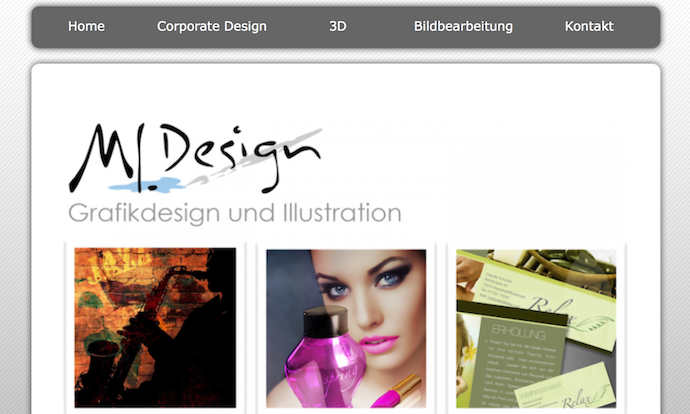 As my father is a graphic designer he someday wanted to have a website to show some of his work to customers. This project has always had Contao as the base (In the beginning it was even running on Typolight) and has slightly changed its design over the years. It consists just of the plain Contao core with no special frontend framework like Bootstrap since it was started many years ago and there was not a need to make it responsive yet. 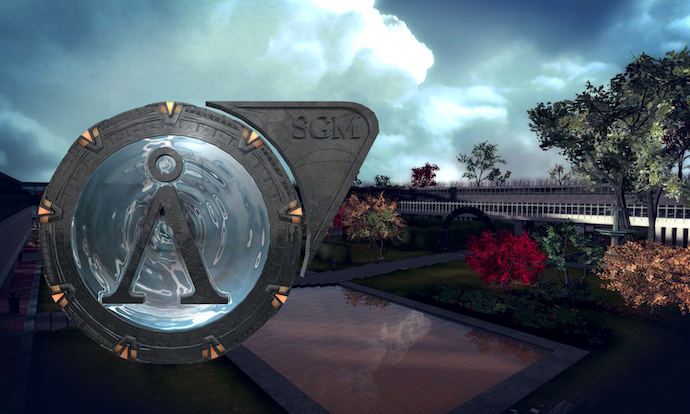 The Stargate Mod is a Total Conversion of Half-Life 2. It was initially developed for the Unreal 2 engine. I jumped in when they made the switch to HL2 and have been working as a level designer and “Mapping Subleader”. The map I was working on was called “Another Way”. I carefully crafted it using blueprints of the Standford University which was the architectural inspiration for that planed called Tollana. (For those who know the series) The mod is still in development but sadly I do not have the time to contribute to it. Also my interests shifted over the years and moved away from game design more to the web and mobile world. 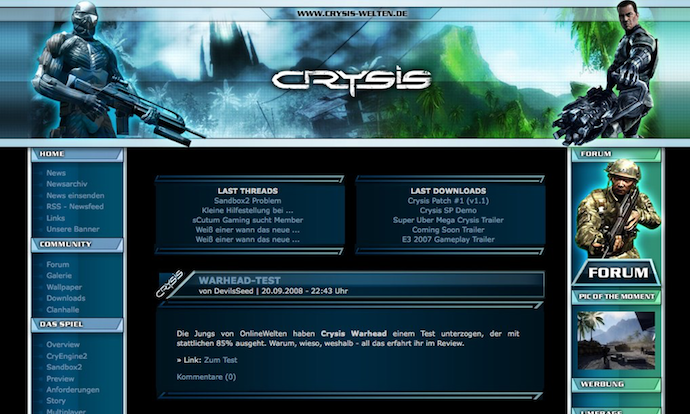 When the first ingame footage of Crysis was spread over the internet I instantly knew that I wanted to get deeper into that topic so I started a community/fan website. First called Crysis-Lab and completely driven and hosted by myself (and using Joomla) it was later integrated into the OnlineWelten network where me and my team felt right at home. They sponsored us a big fileserver and a new CMS with a way better design. As we were not many people it became difficult to manage all new stuff (news, downloads, pictures) which flooded in every day. In the end we had to abandon the project but it was a wonderful experience. Now the domain doesn’t even exist anymore.